Home » Empowers Others » Got Toxic? – Lead With Maturity and Passion

Got Toxic? – Lead With Maturity and Passion

Posted by Jeffrey Thomason on March 17, 2013 in Empowers Others, Leads with Maturity and Passion, Professional Presence | Leave a comment 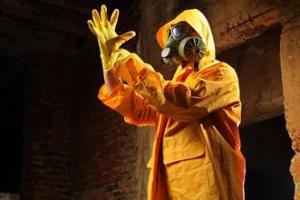 Over the last 10 years, the US Army has noticed something that the corporate world has known for a long time. To wit, a jerk boss can really cause damage in an organization. As one of the armed services defined by its relationship to the civilian-led Department of Defense, the Army is required to be effective as it carries out national policy. Thus, in more than a flash of insight several years ago, the various leadership development elements within the Army began to pay attention to this phenomena in numerous ways. Besides being the fodder for numerous graduate and doctoral theses from its own ranks, it reached out to the business and government world for help.

Culturally, the Army has a vision of leaders as strong dominant personalities with legendary tempers, mercurial behavior, and as heroic achievers. In fact, their research began to show that the characteristics exhibited by a “toxic leader” who showed many heretofore “acceptable” qualities actually made units mission ineffective, up to the battalion level, contributed to higher unit turnover rates and non-combat casualties, and in many cases, ultimately failed to accomplish critical missions.

In the corporate world, the “boss from hell” is an oxymoron and in popular culture is Homer Simpson’s Mr. Burns, Dilbert’s “pointy-haired one”, and Dagwood’s Mr. Dithers. All practice varying degrees of toxic leadership. None may hold a candle to this factoid from the US Army’s Center for Leadership study in 2007 – 20% of respondents to a survey given to ranks from Sergeant to Colonel ranked their boss as “toxic and unethical”. Wow. Over 80% of the respondents stated that they had observed a toxic leader within the last year. On a positive note, 97% reported that they had seen an “exceptional” leader in the same time period. Only 40% said that the Army was “headed in the right direction”. In an organization of that size and scope, you can bet that employees vote with their feet. The long term consequences for training and retention of skilled and talented troops of all ranks and jobs is close to critical.

For a toxic leadership “situation” to occur, there needs to be fertile ground. The two things that fuel the toxic leader are susceptible followers and conducive environments. For followers, they can be further divided into conformers, typified by low maturity and self-esteem, and colluders, who see the toxic leader as an opportunity to further their own ends and who have a similar world view. Mr. Smithers in The Simpsons is a prime colluder. The other element of the triangle is an environment in which instability, culture, a lack of checks and balances, and an ineffective institution conspire with the narcissistic hater of a boss to create the deadly toxic triangle.

A remedy for the world of government is to have a peer system, be self-reflective about yourself, and commit to the prime directive – make everyone else around you successful. It goes without saying that the person that the Army survey respondents referred to was at best not committed to their personal success, and at worst, sabotaged them to their own benefit. Leaders at all levels need to accept and understand their effects on the people they serve…yes…serve.

← Change Champion? Starting Over With Someone – Managing Conflict →