Posted by Jeffrey Thomason on September 12, 2014 in Leading Your Organization | Leave a comment 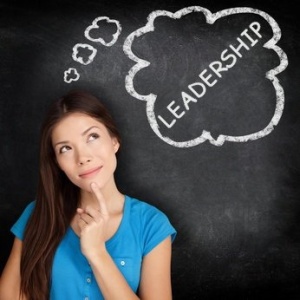 The Academy would clearly stand out as a “mission-focused” organization from top to bottom. It would be hard to miss the visual cues around campus of what this service is oriented to do, which is fulfill national command authority objectives by and through the use of airpower. However, the strategy for getting to the end of a successful mission starts with a cadre of young men and women reporting aboard and quickly being indoctrinated into the ethos of the service. From the moment they arrive, they are directed and led not by commissioned Air Force officers, but by upperclassmen placed in positions of leadership by the Academy. Every element of training and education during the next four years contains some aspect of this philosophy.

The intent of this type of leadership model is to impress from the beginning the influence of personal leadership on successful outcomes and to put those who will be responsible for providing it into leadership situations as early and as intensely as possible. It is a strategy that is followed in a similar way at the other service academies and represents a proven model of building new leaders.

In viewing this model from the outside and trying to find its equivalent in government service, it highlights a gap in our career government agency model of building leadership competence amongst its staff. In looking at my own agency for example, it would be not a fair comparison to describe new staff as “entry-level” but new staff have between three and five years on average of prior work experience and a degree before being on-boarded. Within the first year, they attend our version of a basic training academy which works primarily on skills and procedures in use across our system. When they return to the office, the leadership programs available for their development do not become accessible for at least three years, and more likely only after they are promoted into leadership positions. At that point, the various supervisory and strategic planning programs begin to kick in.

What happens in that gap between year one and year five? Or year eight? It is a critical period of time in the development of young leaders as they develop the behavioral traits they will call on in the future. This is the time to begin the “Leadership Thinking” model of organizational behavior. This model relies on starting the leadership development process at recruitment and not year eight.

Under the “Leadership Thinking” model, successful teams recruit potential candidates for needed skills that include aptitude or experience. This means including leadership expectations on the announcement itself so that interested prospects see right away where this is going. Once the selection process begins, the tests and interview panel process need to include measures that help assess leadership capability among other desired traits. Questions should elicit information about how candidates handle leadership challenges and respond to situations where leadership behavior is expected.

Once selected, new recruits need to be on-boarded in such a way that the leadership expectations of the team are reinforced immediately by every level of leadership. Provide regular and up to date ethics training, hold frequent in-house training (run by your junior leaders), and take every advantage of turning “how we do things here” into “how we think here”. And, all staff should be evaluated on the leadership performance regardless of their role in the organization. It does not make sense to say “everyone is a leader” and then not hold people responsible for that expectation.

Leadership Thinking is a strategy that any team can use to ultimately enhance the likelihood of successful outcomes. Teams and organizations exist to serve a purpose and no team plans from the outset to fail. To the contrary, successful teams stack the deck in their favor at every opportunity, and the most likely place to start is with the most obvious source – their own teammates. Start that conversation before they even hit the door.

← Humble Can Be A Verb Reinvention →