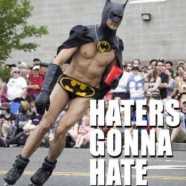 Researchers at the University of Illinois and University of Pennsylvania made headlines recently with a study published in the Journal of Personality and Social Psychology. It concluded that people with grumpy and negative attitudes may be more likely to reach higher skill levels at work. In two studies, researchers measured the different activities of participants over a two-week period as well as administered an “attitude” test that measured the degree of positive and negative responses. The results were that negative, or “grumpy” people, participated in far fewer daily activities than “positive” people. Researchers believe that these participants were potentially able to bring a narrower and more focused approach to their limited number of weekly activities.

The study noted that participants defined as  “haters” or “likers” based on their attitude tests had far different quantities of interests over the same time period but ultimately spent the same amount of time on their chosen interests.  “Likers” were characterized by a wider variety of interests with a “jack of all trades” approach to life”. The study concluded that when “haters” found something they liked, they tended to invest much larger amounts of time in it, which potentially would allow for a higher level of skill development.

I have discussed the milder version of The Hater before,  in The Eeyore. In contrast to Eeyore, who numbs everyone with the depressive state of thinking, The Hater brings a much more confronting manner to their daily assault on the collective mojo of your office. Haters were more likely to be predisposed towards dislikes and generally behaved more pessimistically than their optimistic counterparts. 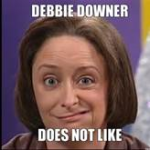 Haters can be rude, undermining, negative, and can find a black cloud in virtually every situation.  As a leader, there may not be a single thing that you can say or do that cannot be interpreted negatively by a determined Hater. Haters dig drama.  If you cannot see the logic in their hate, they will fight with you till one of you wears out.  And, it won’t be them.  Do you ever find yourself agreeing with someone just so they will leave you alone?  You may be speaking to a Hater. As leaders, you should that the Meeting after the Meeting in which your Meeting is just dissected by your team is likely led by The Hater.

What is the good news?  Well, there are numerous survey results about the most desired traits employers look for in an employee and Hater isn’t on the list.  Forbes Magazine lists professionalism and high-energy. Personality was listed the highest on numerous surveys. Hyper Island, a global learning institute, concluded that “personality, and not competence“, is the most compelling factor cited by today’s business leaders in making a decision to hire. Skills came in third behind personality and being a person whose decisions align with the values of the organization.

Haters may know their job well.  Sometimes, they can be Rogues, which allow them to get by with their seemingly casual competence.  They can do their job blindfolded, and often do just for sport.  Rogues however are more easily described as selfish, whereas Haters love to spread the hate. However, organizations are defined, and advanced, by their Likers.  This crew is ready for change, see opportunity around every corner, and won’t allow others to write their own story.  They treat people well and keep negativity to themselves.

Here’s to the Likers!