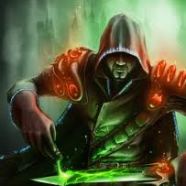 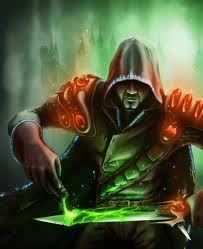 Webster’s defines “rogue” as a “scoundrel, scamp, or generally mischievous person”.  In Nachbar and Lanse’s work “Popular Culture”, the tension between the hero as Rogue, and the hero as Citizen is represented in American popular culture in numerous ways. Americans admire their Citizen heroes and carve their faces and names in granite.  Americans love their Rogue hero’s and watch their movies, read their books, and listen to their music.

According to Nachbar and Lanse, ” a Rogue hero – real or imaginary – is one whose primary characteristics are an exceptional vitality and an assertion of a radical individual freedom over communal democratic values associated with a cultural mainstream. Live fast, die young, and leave a good-looking corpse”.

Nike says “just do it”. A celebrity politician titles an autobiography “Going Rogue”. The fighter pilot feels “the need for speed”, despite the threat of flying transport planes carrying toys as punishment. Clearly, the rogue label isn’t seen as a stigma in our culture.  But, are rogues a valuable part of an organization? Do their maverick ways, seemingly casual and easy competence at their job, and propensity to “stick it to the man” translate well into an organization’s mission, values, and culture?

One lesson for thought is the example of leadership culture that occurred at Fairchild Air Force Base in Spokane, Washington between 1991 and 1994. The situation is now encapsulated in a leadership training lesson that is studied at the Air Force Academy and in other leadership development programs throughout government and the military.

The entire lesson can be found here.  In summary, leadership failed consistently over a three-year period, the command climate was destroyed, and the culminating event was a tragic crash that took the lives of four men. As noted in the study, “leadership exists in direct proportion to the degree to which subordinates are willing to follow”. What happened is that as a key leader continually failed to follow rules and regulations, followers stopped following, confidences were lost, morale was destroyed, and unit cohesion was non-existent.  Over time, as critical safety standards were ignored over and over again, the responsible leadership did nothing. And, in a stunning element to the overall picture, the person responsible for enforcing the standards was the rogue.

The litany of “bad leadership” is present throughout the saga. Senior leadership did not speak with continuity among each other. Leaders did not keep open channels of communication, and in some cases, specifically and consciously avoided information that might have required their action. Unenforced standards led to violations by other less senior airmen emboldened by the example of the rogue. And, a key leadership position was held by a person who lacked the integrity required to effectively set the tone of professionalism.

The most infuriating aspect of the rogue is that they often are the most skilled of your team.  They can literally do the job “with their eyes closed”.  And, as a rogue, they chose to do so regardless  because their competence imbues them with the belief of invulnerability. The moral of the lesson was that leaders must take immediate and swift action when a rogue threatens the integrity of the mission, violates core values, and destroys the cohesion of the group.  When an organization holds lives in its hands, or performs a critical function that people depend on, the stakes are even higher.

There are no bad regiments, only bad colonels – Napoleon 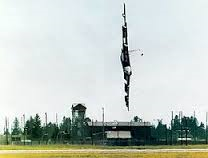