Chasing The Gauges – When Not To Over-Correct

Posted by Jeffrey Thomason on April 26, 2015 in Acts as a Coach and Mentor | Leave a comment 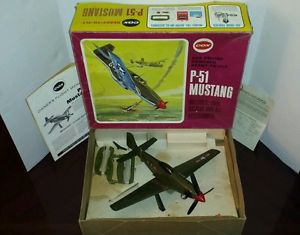 There is a phenomenon known to flying instructors that is a focus of advancing students through the beginning phases of learning to fly. (Author’s note – The author has never flown a real plane or helicopter, but did participate in model rocketry as a youth and once briefly owned a gas-powered P51 model airplane). The tendency of beginning pilots to over-grip the stick and fixate on the instrument panel is sometimes referred to as “chasing the gauges”.  In practice, it happens when a particular decision (to turn left for example) is overdone or results in an undesired rate of turn of climb. The tendency is to immediately command the machine to do the opposite as a counter to the poorly executed initial maneuver. This generally results in achieving the same undesired effect, but to the right instead of to the left.  Whereupon, said new pilot predictably yanks the stick back in the original intended direction and once again gets the same result – a wild undesired turn to the left. This continues ad infinitum until the instructor takes the stick back or the new pilot chills out.  From a distance, the aircraft looks like it is being flown by a drunken sailor. And just for reference, the same phenomenon afflicts those learning to pilot a boat as well, only it happens in two dimensions instead of three.

Leaders are often in a position similar to that new pilot’s instructor. From a distance we can see the mistake coming, followed by the reaction, which is to forswear that particular choice ever again. Coaching your team through these situations requires instincts and a feel for when to intervene and head off a mistake in the making, and when to allow people the opportunity to try it their way. My particular rule in those situations was to identify the possible damage first (career-ending, violation of policy, extreme faux pas), and if none seemed applicable, allow them to move forward. Such a course requires some impulse control from the leader, to avoid the inevitable “I told you so” moment. It also requires the leader to be open to the possibility that someone may have found a new way to do the same old thing, that is actually an improvement. Leaders who brought too much ego to the dance have a hard time with that.  Imagine Chuck Yeager’s flight instructor. At some point, your team is going to do things better than you. If that isn’t your goal, then just what exactly is your role?

One specific situation that you will find yourself in as a leader is managing your own tendency to overcorrect your teammates when they screw up, or in Dilbert-speak “perform sub-optimally”.  In practice, the denier will say that they never overcorrect the team, but instead, contribute to a pattern of management in which each mistake of the team is followed by a blizzard of policy and rule-making designed to eliminate mistakes as an element of your organization. Good luck with that. When a mistake is made, it is a test of whether you as a leader trust and believe in whatever system you have in place. If you do, one screwup shouldn’t be the catalyst for throwing out a generally well-performing procedure, and starting over from scratch with something brand new that “eliminates the possibility of error”. The most important decision you can make as a leader is determining whether a mistake is simply a possibility in your organization, or whether the system needs to be fixed.

In the end, sometimes what we wish for presents newer and different challenges. We would all like to work for the nimble and adept organization that is capable of turning on a dime when events or opportunities present themselves, while looking askance at the giant mega-organizations that are slow and ponderous in reacting to change. However, even that strength can turn on us when we take advantage of it to yank the wheel right and left at every perceived hazard. Leaders encourage thoughtfulness and consideration of second and third-order of consequences when thinking. Being a calm presence who controls or masks anxieties instead of ensuring that everyone else is a basket case as well, is the sign of a confident and capable leader. Decision making as an event is something leaders consistently present as a measured and steady process designed to foster action rather than reaction.  Leaders tell the team that what is happening is a result of our choices and not our misfortune.

“It’s not that I’m so smart. I just stay with problems longer” – Albert Einstein 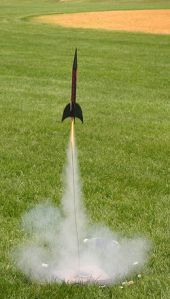 ← When It Comes To Inspiration, “Cui Bono?”