Can You Email Inspiration?

Posted by Jeffrey Thomason on January 30, 2015 in Communicating Effectively | Leave a comment

The Jersey is already on the record as sort of a hater.  The irony of hating on email through the medium of a social media invention is assuredly amusing to you loyal fans and fellow leadership junkies, so let’s get to it, shall we?

Way back in 2013, there was a discussion here about the negatives of email on an organization. While it was a (still) accurate chat about how email can gum up the works a bit, the focus was trying to prioritize your use of it.  Being able to electronically communicate within your organization vast sums of data and information has had huge implications on the global business construct and now in 2015, things like company servers and credit cards and checkbooks are all on a Dodo path.  A short time after that post, we had another discussion about email rules and some basic ways to use the process. All still good.

With the increasingly popularity and diversity of social media, it is entirely possible to carry on an unending conversation with every single person in what used to pass as your address book, simultaneously in realtime with pictures and video. The only limitations are good taste and the content policy of your app. We used to put guys in prison for life for passing to our enemies horribly unfocused camera stills of 15 documents taken over years, when today’s spy/whistleblower can send the Indiana Jones warehouse in three mouse clicks and five bars of cell service.

So having (sort of) established that there are few limits on what and how you can say things, let’s bring it back around to the “why”.  Setting aside your family and friends for a moment (although they are also beneficiaries of your leadership but in a different venue), what is the primary purpose of communicating with fellow humans? If we can narrow that question, let’s do it in the context of all the things we have talked about for the past two years at this site (and all the others you should be following). As leader, we communicate with our teams, our peers, and our bosses to inform, inspire, correct, inquire, share, defend, apologize, and a hundred other motivations. If we narrow the field down to the leader/led paradigm, and examine our responsibilities, we have a mission to achieve by and through the actions of others. Those “others” need to know how to do it, why they do it, and the importance of doing it. Much of how that looks is expressed in terms like pride, duty, integrity, and loyalty. Those terms are generally inseparable from human emotion and often, the answer to “did it get done” can be found in the importance attached to those words by the people doing it. 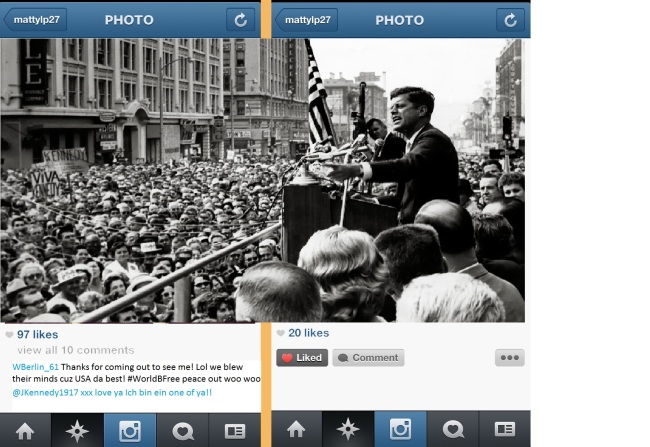 The motto of the School of Infantry in the United States Army is “Follow Me”, not “Check Your Inbox” – Lieutenant General Daniel Bolger

Trying to examine across history how Napoleon would have managed to get the Grand Armee’ back across the steppes of Russia safely, or how Joshua Chamberlain would have rallied the 20th Maine to hang on to Little Round Top if they had the same media possibilities as today’s leader is mind-boggling. While it may make for an interesting Algonquin round table, I will go out on a limb and suggest that leaders of yesteryear knew the same things that the great leaders of today seem to know instinctively. Show up. Be present. Butt in seat. Manage by walking around. Pick your moments. While Napoleon’s failure to confirm with Marshal Grouchy exactly what the right flank at Waterloo was supposed to do was likely the critical element to his defeat, his appearance at Le Haye Sainte the following day with the Old Guard almost carried a battle that had already been lost the day before. He didn’t send an email to the Old Guard telling them of the importance of their efforts – he was with them when they went in.

So, leaders – when it comes time to inspire, or motivate, what is your chosen method? What (if any) strategies do you use to transmit your power message? There are items of interest, like the 1st Floor coffee vendor will be closed next week, and then there are power messages, such as we are about to enter a period in which workload will increase 25% and we will not be adding any new staff. To what degree are your chosen mediums the best (or worst) way to generate the necessary emotional attachment to the desired outcome? What is the proportion of time you spend crafting your wittiest and pointed remarks in relation to the distance between you and the intended recipient’s office? If it is emotion you want, are electrons the best way?

It has always been clear to me that location and proximity are always indelibly linked to the content.  When I think back on historical dates, or moments in which a leader moved me, the location I received it was as clear as the content. That’s how we think as humans, despite the increasingly seductive lure of technology and the sheer diversity of how we can transmit.  I have a hard time recalling where I was when I got an email that really hit me, or even recalling an email as the most critical part of something important.  I do recall those moments when a peer or a boss told me something that is still part of my leadership math today. It could have been a critique, or an inspiration, or a moment of clarity in which I finally understood why something was supposed to happen, or even what was supposed to happen. Crucial stuff and not delivered by texting.

In summary, leadership is about inspiring and motivating people to follow you towards an end. Emailing them the map and asking them to meet you there may work if it’s a lunch date. It may not work if the end state is fair administration of justice, or safer communities, or any one of a hundred ends/means combinations in which you are asking them to invest their time, talent, and tears. Pick your moments and when the time comes, look them in the eye.