Out of the Mouths of Babes – A Critique of Praise

Posted by Jeffrey Thomason on January 24, 2015 in Develops People, Focus on Outcomes | Leave a comment 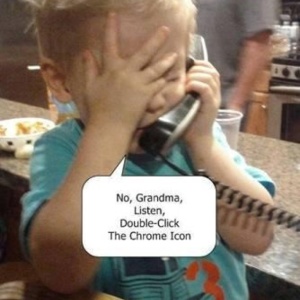 The effect of parenting decisions on future leadership development is a vein of thinking that has been mined previously at The Jersey. Child development researchers at Penn have long hypothesized that imbuing children with resilience is something that can either be achieved or counteracted via the parental process. In the process of looking at “grit”, studies found it outperformed intelligence as an indicator of success.  Resilience is not alone amongst factors that will show up later in life in relation to their presence in the developmental period. One of the current childhood paradigms being studied for its future effects is praise.

As many researchers have noted, praising children appears to have reached counter-intuitive proportions in terms of effect.  We praise (and not just children) almost reflexively because we are programmed to do it almost the same degree that children (and adults) are programmed to expect it.  It seems understandable that if an average daily human interaction is reduced to Pavlovian responses, the intent and purpose behind it becomes a bit lost. So, what are the consequences to leaders of living in a praise-centered world?

As you would expect, it is the unintended consequences of praise that will confound the leader. It turns one of the most necessary and fundamental actions of a leader into a confusing and awkward social dance in which the “crap sandwich” is delivered time and time again.  Our addiction to praise, both giving and receiving, leads to a virtual impossibility of providing reasoned and insightful critique without ensuring that it comes tethered to a number of accolades, most of which are forced or irrelevant to the moment. Consider the last few times you provided critical feedback to someone. Did you start off with a “you have been doing great in this area” to soften the blow? Did you give them a few strokes for their positive attitude as your final words to end “on a high note”?  If you did either (or both) of those things, then you are doing about the same as everyone else, so don’t kick yourself. Having a straight up conversation involving critique or improvement that doesn’t have one single compliment is one of the most difficult things to do as a leader in today’s culture.

Carol Dweck, a Stanford psychology professor, is considered a leading authority on praise research. After many years of observing reactions to praise of children in experiments, she deduced that in some cases, praise could backfire against the intended outcome. She found that children’s test performance was affected by the specifics of what was praised.  Children who were praised for a specific behavior, such as effort, outperformed children praised generally, as in “you are so smart”.  Other researchers have also found similar results, noting that children who received a steady input of general praise eventually hit a wall when failure occurred and had difficulty analyzing where things went wrong and often stopped trying.

Watching a kid melt down because they lost a board game or didn’t get a perfect score puts parents in an interesting dilemma. Do you praise the tears away, or try to find a connection to the result, such as practice, effort, or attitude?

Which brings us back to you, your teams, and your responsibility as leaders.  Providing feedback is a critical skill in which the complexity of the task is often overlooked .  There are legions of material to aid a leader in giving performance feedback when it will be a conscious effort. Most leaders can get that right when they approach it like the big game.  However, feedback is given unknowingly day after day during the interactions you have with your teams.  These are the moments that when summed in the mind of your teammate, gives them a picture of performance or achievement that may drastically differ from your actual thoughts.  And, when you sit down for that annual review, you may be looking across the desk at a shocked face wondering where all this negativity came from. While it is certainly hard to overcome an entire childhood (and maybe early adulthood) of programming from parents and family who meant well, your mission is different. You are responsible to the team, and the organization to get certain outcomes. Having honest communication about what that looks like, and what needs to happen to get there, is one of your most important missions.

Praise is often designed to spur development in the workplace. Certainly, praising those behaviors or outcomes that support the big picture is one way to get people to own it.  The ratio of 5:1 is often used to describe the optimal ratio between praise and critique. Part of the reasoning behind this ratio is that praise doesn’t stick around in the human psyche as long as criticism does. Thus, the ratio suggests how to keep an even amount of input in the plus/minus column of everyone.  Giving praise has a number of rules associated with it. A basic rule at The Jersey is the use of public praise when possible. However, avoiding the sandwich referenced before, and the sarcastic and trivial uses should also be added to the rules list.

Coming full circle, The Jersey is a fan of praise that highlights desired behaviors.  Connecting someone’s performance to a timely need for the organization, or a critical strategic goal that the team is striving for, or even for the type of attitude you want people to bring to work seems always worthy of use, in contrast to the untimely and obligatory “great job…”. Giving praise also needs to stand alone. Consider your decision to praise, and if it is a simple segue to some work business, or even a critique, think again.

← Category….”I told You So” People You Should Know – Admiral Robert Papp →