Home » Acts as a Coach and Mentor » Those That Do, Teach

Those That Do, Teach

Posted by Jeffrey Thomason on August 5, 2014 in Acts as a Coach and Mentor | Leave a comment 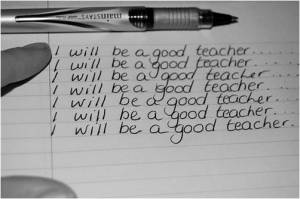 George Bernard Shaw is generally credited with the century-old maxim that suggests teachers are generally failures at the things they are trying to impart unto others. While that may not be the most insightful translation ( I would give Shaw a bit more credit for the point he was trying to make), the saying is frequently trotted out as a put-down of teachers, instructors, or anyone who puts themselves in front of a group of students. At best, it is cynical about the motives of teachers, and at worst, implies that teachers have already failed to succeed and thus “settled” for teaching others.

As has been discussed at this address on many occasions, The Boss As Teacher is a critical element of what the organization or team expects from you. You may not be the actual holder of the content of the lesson in question, but The Boss As Teacher always knows how to find the answer. The answer may be to connect your team with the subject matter expert. It may be to take note of the gap and ensure that the organization takes steps to fix it. And, in many cases, you may be the source of the information. Bosses are in one of the best positions on the team to emphasize the lifelong commitment to learning that the successful speak of with much regularity, by personally embracing that philosophy, besides being a good teacher.

In one of my original posts, I mentioned Robert Fulghum’s “All I Really Need to Know I Learned in Kindergarten”. The application of the “Do no harm” principles central to good leadership philosophies is evident in his work which is now over 25 years old. A new book speaks directly to the effects of good teachers on young students from an early age, when Fulghum’s lessons are in full swing. If ever there was a more timely refutation of the notion that teachers are to be survived rather than used, Elizabeth Green’s “Building a Better Teacher” speaks right to the heart of the teacher-pupil interaction. And, since I am covering it here, likely there is grist for the leadership mill as well. As always, examining those who are really good at something is very helpful for those trying to do the same.

Using her experiences as a high school principal and as a Columbia University Fellow and CEO of an education non-profit organization, Green dissects the interaction between teacher and student and explains when it works and when it won’t. Although her book certainly revolves around her experiences in academia and secondary education, I see some great lessons for leaders working with adult learners (and teammates) and some advice for increasing effectiveness. Green notes several examples of what researchers find great teachers do differently: 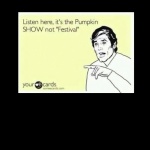 GOOD TEACHERS KNOW HOW TO CORRECT PEOPLE – Green’s book highlighted a study of math teachers in which they were administered a test consisting of math problems, and asked to analyze the incorrect answers of students and figure out what the student had done wrong. The results showed that teachers who scored highest also had the highest class math scores. In fact, they scored higher than math Ph.D’s when asked to dissect a student’s answer. I recalled when I was a new leader in a unit devoted primarily to preparing investigative reports, I had a very simple rule. As an investigator myself, when I was preparing reports, I had bosses who corrected errors or made edits and forwarded the work on. Thus, on many occasions, errors were made that the original investigator didn’t know about. Over time, many people working for those bosses made the same mistakes over and over again. Thus, my simple rule was that I never corrected anything without a discussion with the original investigator. With new people, of course there was a period of getting used to the process. However, I rarely saw someone make the same mistake twice when using this rule. Good bosses want to know “why” people make a mistake and work to solve it for the long-term, rather than using it as a short-term opportunity to bust chops, or just simply ignore the process and force product through the mill in the interests of time.

GOOD TEACHERS DON’T SHUSH – Green identified a common teacher feedback when classes become noisy or unfocused. The general desire of shushing a class of noisy children without context or connection to the desired outcome can leave kids confused. So too in the adult world when the Boss resorts to some reflexive yelling and screaming without passing the critical piece of info (“Why you mad?”). Green notes that good teachers can sift through the noise, or the symptoms, and get specific about what needs to happen – the outcomes. In the office, good leaders use every opportunity to connect up the current state with the desired state, whether today or tomorrow or next year.

GOOD TEACHERS ASK WHY – One of the more frustrating experiences for the highly motivated student is when teachers teach to the test. I distinctly recall that during my freshman year in college the conversations with peers about particular classes or teachers, and the dialogue generally broke down into whether the teacher was an essay person, or an objective person. The essay teacher was feared because it meant the classes would be full of information of which we had no idea whether it would be tested down the road. The objective person was a bit simpler to prepare for, since the answers were already on the paper and the test exercise was picking (or guessing) the right one. Green’s example of the “Why” issue is a comparison between the education systems of the USA and Japan. Green noted that one possible explanation for the disparity in test scores between the two countries was that in Japan, students were four times as likely to be involved in a participative discussion about a problem than in the USA.

GOOD TEACHERS ENGAGE THE TEAM – Getting your team to think on their own, develop initiative, good judgment, and exercise appropriate discretion where applicable is a fundamental goal of the leader but can get suppressed in the Boss-Teammate dynamic. Teaching is often a game of trying to anticipate your student’s every move to deflect your attention, and prepare your counter moves. While it would be inexact to say that how students seat themselves when given the freedom to choose, it is pretty safe that students who gravitate towards the back are trying to hide, at least until they are ready. As an adjunct university professor, I always took a look at my assigned classroom prior to the start of a new class. Having scoped out the layout, on the first day, I would wait for students to seat themselves, and then position myself almost exactly opposite from where I was standing when they entered. During the next class session, I would let the same process unfold, and when class started, stay where I was and teach. The third session, I would find a position completely different from the first two classes. By the fourth, the students usually gave up trying to predict where I was going to be and just sat down. As a leader, watch carefully how your team arranges itself, either directly, such as a meeting, or indirectly when a project or task comes up. Make sure that people not raising their hands are engaged. They have lots to offer.

GOOD TEACHERS MODEL THE END PRODUCT – Green examines the relationship between teacher and student and (not surprising) determines that it is a more effective method to guide students through the process of understanding the mental processes that skilled essayists use to build their case, than to say “weak” or “needs more”. Green identifies this concept as “modeling” and uses it in the context of trying to figure out complex literary tasks, such as writing an argument, or theorem. Good leaders use modeling as well, constantly. In this context however, the good leader helps the team understand how and why decisions are made, and helps prepare the team for when they need to support an idea or project, or argue for a position. Good leaders know how decisions are made in an organization, are transparent about the ingredients, and want everyone to know, rather than the opposite. While this may go more towards a culture rather than individual leader behavior, it is an expectation that leaders know how things happen the way they do, since they are going to be the people most likely explaining it to the team.

THE WRAPUP – While this may be a longer post, the topic is one that should grab every leader, and everyone who wants to be one. Leaders are facilitators of the learning process, the gatekeepers for the organization’s gravitas, and the first line of defense in making sure things are being done the right way, and for the right reasons. Leaders can be either roadblocks or conduits, and the success of the team is dependent to a large degree on how leaders see themselves. If you aren’t a teacher, then what?