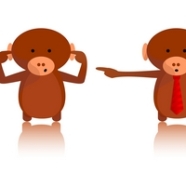 Posted by Jeffrey Thomason on June 13, 2014 in Professional Presence | Leave a comment 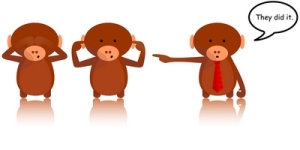 I was recently fortunate to enjoy a vacation in the Federal Republic of Germany.  For those who missed some big goings-on about 25 years ago, Germany was divided into two countries from 1949 to 1990 following the conclusion of World War II.  The city of Berlin was also divided following the conflict and jointly occupied by the four victorious powers (France, Great Britain, Soviet Union, and the United States). In 1990, the country was unified as was the new capital city of Berlin and Germany has been a contributing member of the world since.  According to the economic charts, Germany now has the fourth largest GDP in the world, founded the European Union, and is one of the greatest importers and exporters of goods in the world today.

Any student of German history cannot escape the macabre period from 1918 to 1945 when the country drifted from the conclusion of an unsuccessful war, to a transition from an imperial government to nascent republic, to economic ruin in the wake of the 1929 stock market crash, and then to the rise of a racist ideologically driven state that ultimately perpetrated some of the most heinous acts in human history, which directly resulted in the deaths of over 40 million human beings.  From my perspective as an amateur historian, since I acquired the ability to read, I have been fascinated by the 20th century, and the events that created the world in which we live. Germany was a country I have always hungered to visit.

My primary interest was in trying to observe and understand how the past has been reconciled to the present.  Growing up in the homes of the Greatest Generation who were directly involved in pounding to dust the Nationalist Socialist utopia, it occurred to me that during this trip I would likely be conversing with people who lived through the aftermath of this period, and were in fact raised by the reciprocal of my youthful family experience.

I found the country to be very warm and welcoming to a Yank from far away and it was clear that there was no novelty in the American tourist. Given the 40-year military occupation by hundreds of thousands of American troops, that was understandable. In fact, the country is well accustomed to millions of tourists from every nation around the globe traveling to their land, and seeking out those painful and legendary reminders of their terrible history.  The ability to see these things however is made easy by the commitment years ago by the German government to build hundreds of documentation centers throughout the country as a lasting educational memorial to what happened, and why. Although these centers were designed to be used to educate the country’s children, the world’s fascination with the period makes them among the most visited tourist locations in the European Union. They are very public and hard to miss.

Standing in the balcony overlooking the Zeppelin Field in Nuremberg, which was the site of some of the most chilling and well-known film reels of the Nazi propensity to staged events, it recalled for me some of the material that was covered upon my commissioning as an officer in the military, and not coincidentally, when I was being oriented to my most recent leadership position.  Nuremberg is arguably Ground Zero in the creation of the ideology that consumed Europe in a death grip for more than a decade. In each of those experiences of commissioning and leadership transition, there was some program segment devoted to the Nuremberg laws, and the various oaths of allegiance taken by party officials and members of the military at the time. There was also a discussion of the aftermath of the war, when Nuremberg was chosen to be the site of the reckoning for the crimes committed by the military and civilian leaders of Germany.

Out of the Nuremberg trials rose the term “befehl ist befehl”.  Translated, it means “orders are orders” and once given by higher authority, cannot be challenged.  At Nuremberg, the defendants argued that they could not be held accountable for orders they followed, under that principle.  The eventual verdicts roundly rejected this theory, under the premise that no one has the “authority” to order violations of fundamental human rights, such as the right to life, and any who did are accountable for such actions. 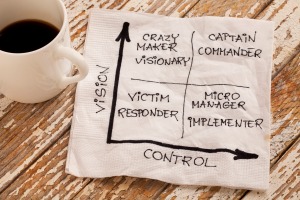 As leaders, or as persons with authority to make decisions and take necessary actions, we are often in a position to follow orders, policies, procedures, and regulations. The power differential for someone who represents the government, especially in law enforcement or in a military environment, can be overwhelming to those potentially subject to this power. It makes it more than incumbent upon anyone who yield’s the public trust to do so with great reverence and respect for the awesome power of the authority of the government. Anyone who represents the state must regularly and vigorously question whether their intended course of action is the correct one.  We are most often in the position of working with those who are the most vulnerable, and the least powerful in society. They come to us seeking help, and guidance, and in some cases, salvation.

There is a little known difference in the oaths of office taken by enlisted and commissioned uniformed members of the Armed Services.  Enlisted members take an oath that requires them to follow the orders of their superior officers and defend the Constitution. In essence, they are expected to know if there is a conflict there but err on the side of following orders.  In return, they can be granted some leeway if there is accountability required for actions taken.  Commissioned officers are required to fulfill the duties of their appointed office, and follow the orders of the President and those superior in grade, provided such orders comply with the laws of the United States and the Constitution. They are given very little leeway if they follow orders later determined to be illegal, and will be held accountable. They are expected to challenge such orders, without exception. 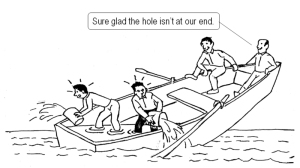 Accountability comes in many forms.  It can come after the fact, as an overt act, such as the Nuremberg trials. It can come as an expression of national policy implemented to produce a lasting and desired effect, such as the Documentation Centers throughout Germany. On an individual level, it can be practiced on a daily basis, but never delegated from one to another. Those in a legally accountable position will always be so, regardless of their physical delegation of responsibility to another, whether through orders or through assignment of duties. 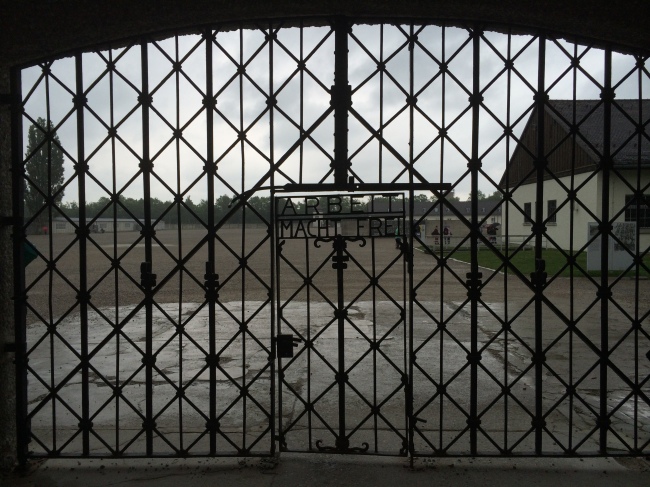