Home » Acts as a Coach and Mentor » Culture vs. People

Posted by Jeffrey Thomason on December 22, 2013 in Acts as a Coach and Mentor, Champion of Change, Leads with Maturity and Passion, Professional Presence | 1 Comment

In my morning newspaper today was a story about the hometown college football team who suspended the quarterback for the rest of the season for violating a team rule.  While this may not be a higher order “man bites dog” story, I was struck by a number of elements to the drama.  The player in question was a senior with no further athletic eligibility left.  The suspension occurred while the team was on the road for their bowl game, in a sunny warm weather location many miles from home.  The player’s personal story was one of (successful) determination to rehab a serious injury suffered early in the season, who came back in time for the post-season bowl, which would be his last game as a collegian. The suspension was for violating a team rule and had nothing to do with academics, the NCAA, or the law. And, he’s a starter.

The most striking quote from the team, which otherwise protected the player by releasing no details about the rule itself, was this: “Those are hard decisions to make, but at the end of the day, we have a bigger program, a bigger culture that we are going to maintain and protect.”

Which brings us back to the often heavy burden of leadership and tough decisions we all must make, as leaders, as teammates, and as fellow human beings who are fallible, who make mistakes, and who struggle with imperfection every day. The single most important question you might ask yourself while reflecting on the mechanics of this story is this: “What is the bright line in your current organization which defines that which must be, and that which cannot be?”

There are many definitions of organizational culture, but the one I will use for this discussion are the written and unwritten rules that define the accepted boundaries of behavior.  It may be discourse, or performance, or any of a number of expectations, but the degree to which they equally apply to all people may determine how people are willing to be motivated to perform with and for you.

In looking at the scenario in question, how can the coaches (management) look the players (your team) in the eye and expect them to follow rules and procedures when one important player is allowed to violate them?  I think the quote sums it up perfectly by sending a clear signal that no one person is above the rules.  The coaches are also willing to put the team’s short-term success behind the long-term cultural values they hope to instill.

Changing culture in a workplace is pretty hard.  There are numerous pitfalls along the way and one of them is when the opportunity arises to demonstrate the value of, or commitment to, the new culture. These tests will come in an untimely fashion, when you least expect it, and yet, as with most things leadership, represent an opportunity to put action to your words.

Ultimately, the boundaries of your culture produce three possible positions when crossed – defendable, fuzzy, and un-defendable.  Take stock and be prepared to defend your culture. 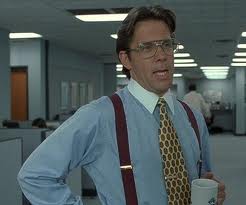 ← Do You Have What it Takes to Admit Mistakes? Of Resolutions and Such, Part 1 – Email Sucks →