Home » Fosters Collaboration and Teamwork » When Conflict isn’t a Problem 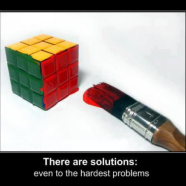 When Conflict isn’t a Problem

Posted by Jeffrey Thomason on November 24, 2013 in Fosters Collaboration and Teamwork, Leading Your Organization, Leads with Maturity and Passion, Manages Conflict | 1 Comment 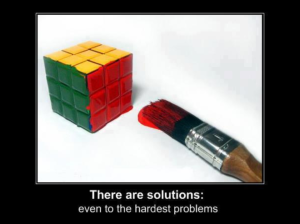 The terms “conflict resolution” and “problem solving” are sometimes used interchangeably in organizations to describe any situation which has the potential to, or has already, threatened the momentum or direction of things.

Practically, they are two very different dynamics and revolve around some very distinct action steps. Confusing one for the other is by and large a fairly painful and frustrating experience which has the likely potential of disposing of neither. So, your first order of business when confronted by an issue, is determining what it is.

Problems are things that can be analyzed. Is there more than one? Which one goes first? Is it really yours to solve or does it in truth belong to someone else? Are their resources that will need to be acquired or is the fuel for the potential solution already in the tank?

Having worked through these steps, most problems require a plan, which of course should be vetted, weighed, communicated, and accepted by every stakeholder who might be affected by the outcome.

Conflict is a different, more human situation. While it may not be necessary to agree on the shape of the discussion table when problem solving, it is crucial to set the proper resolution atmosphere when humans conflict. Conflicts involve basic premises like respect, separating issues from people, and establishing the ground rules for discourse.

The steps to resolving a conflict start with all parties remaining at a room temperature conversation level. Everyone gets their turn, without interruption. This includes allowing those listening to paraphrase the speaker after the fact to confirm what they heard. At this point, if all sides have followed the “rules”, there might be a resolution already.  If not, everyone must feel free to throw out ideas without concern for potential ridicule or negativity. The goal of resolving conflict should be to get as close to “win-win” as can be. If not, then at least education should happen about why the way forward goes through one path over another.

Both problem solving and conflict resolution are enhanced by practically evaluating what was decided at some point in the future. It is more critical for evaluating the aftermath of conflict to be put on a deadline because the consequences are greater. The critical difference between the two is that while all teams or groups strive to operate “problem-free”, any attempt to apply a “conflict-free” goal to a team or organization is not only unrealistic but a threat to the health of the team.  Conflict MUST happen or else the truth is not being spoken. That spells doom for any human endeavor that depends on a team working together.

From a leadership perspective, you will spend a great deal of your time trying to figure out which one you are dealing with. Good luck…

← What’s Your Story? Do You Have What it Takes to Admit Mistakes? →