Home » Acts as a Coach and Mentor » Got Influence?

Posted by Jeffrey Thomason on May 22, 2013 in Acts as a Coach and Mentor, Develops People, Empowers Others, Fosters Collaboration and Teamwork, Value Diversity | Leave a comment 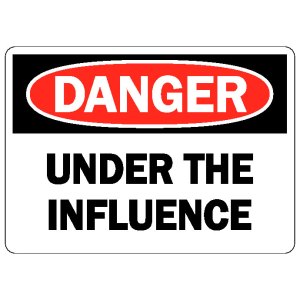 It is generally accepted among leaders who have significant experience in the dynamic that things get done more often because of influence rather than direction. The new positional leader may find this challenge to be among the first they experience.  Having been anointed as a “leader” by virtue of title or job description, it is a common beginner’s mistake to assume that things will now get done because “I am saying it is so”.

Being comfortable enough in a “new” position as a leader to start out by trying to influence rather than direct is a hard sell.  It is not unusual for new leaders to be given their initial briefing by the boss(es) in such a manner as to believe they are to sally forth with flaming hair and slay the dragons of sloth, apathy, and ignorance with quick decisive action.  Thus, the boss sets the scene for the first disappointment.

As John Maxwell said in “The 21 Irrefutable Laws of Leadership”, it is all about influence.  People getting things done because they want to, as a result of your positive influence, is a more powerful and effective dynamic than doing it because they have to. Imagine an organization of volunteers, who belong because of the sheer power of their commitment to the goals of the organization.  How does a “positional” leader of such a team get things done when no one draws a paycheck and is there on their own dime, so to speak?

In the private sector, a company may be able to exert some control over motivation of its team based on the bottom line of profit alone, such as “If you succeed, we all succeed”. How then does a government organization “succeed” if there is no bottom line of reward to offer?  While it is hardly a volunteer organization, it is fair to say that the team is motivated by more than money.  Whatever rewards there are won’t be coming with stock split or buyout in a short time span – they will be earned after two or three decades of participation. If government wants to improve leadership performance, taking a close look at how volunteer and non-profit organizations run their show will yield some powerful results.

Coming Up Next – How do I Influence Thee? – Let me count the ways!