Posted by Jeffrey Thomason on March 17, 2013 in Value Diversity | Leave a comment 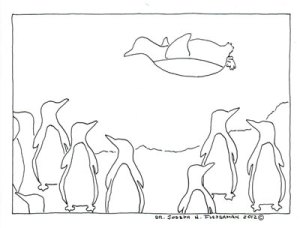 Diversity is good news to any organization. Besides being reflective of organizational charters, personal value systems, it is (hopefully) engrained in procedural doctrine for your organization. Having decided that, is employment policy the only area we have to practice diversity? Are their behaviors, either individual or as an organization that we can commit to not only to support the goal of diversity but to actually effectuate it as a quality contained within decision making and strategy execution? In short, having committed to the statement that diversity makes us better, what are the ways we operationalize that desire?

•Finding out about peoples’ different backgrounds and skills.
•Listening hard to different viewpoints and perspectives.
•Treating people as individuals, not as representatives of a group.
•Creating opportunities to interact with people who are different.
•Welcoming everyone as a contributor.
•Consulting widely.
•Teasing ideas out of people rather than expecting them to be volunteered.
•Finding ways to encourage participation in discussions/meetings.
•Giving people ample opportunity to prepare their ideas before being called upon to put them forward.

Laura Liswood’s book “The Loudest Duck” is a humorous look at how the global business culture is affected by direct conflicts between inherent belief’s about similar behaviors. In her title’s allegory, the Chinese phrase at the top of this article contrasts with the American phrase about the squeaky wheel and the grease. Liswood’s premise is that understanding cultural and gender differences is a major key to a healthy, conflict-free work environment. As a manager in a public service agency, your approach to managing diversity in the office will communicate volumes to the team as they wrestle with more concrete examples at the line level like race, ethnicity, religion, cultural, and so on.